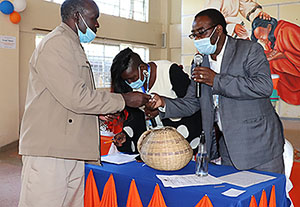 Janet, a 72 years old widow, lives with her son-in-law. This is considered an abomination in many African cultures among them the Agikuyu. At her age, Janet understands this very well but her options are limited.  She is a mother of six children, three sons and three daughters. Her three daughters are married, and two of her surviving sons have a mental illness. Her late son was killed by mob justice for alleged stealing. It was confirmed later that he had a mental illness that led him to commit that act of stealing. One of the sons burnt everything in the compound making Janet flee for safety. When St.Martin CSA encountered Janet, she was psychologically distressed and also resigned to fate, believing her family was bewitched. Beliefs, myths and misconceptions about mental illnesses are common in households with a person with mental illness.

In 2015, St. Martin CSA identified a major gap in caring and supporting people with mental illnesses in Laikipia Sub County in Laikipia County among its beneficiaries: people with disability, people with HIV, people struggling with substance abuse and addiction, survivors of gender-based violence and parents in extreme poverty. In 2016 the organization conducted a situational analysis on mental health in a population of 120,000 people. During the study, 353 people with various forms of mental disorders were reported. The situational analysis also revealed that there are only 2 psychiatric doctors in Laikipia County Referral Hospital serving a projected population of 521,934 in 2016. In 2019, the organisation commissioned a 2-year pilot project based on a community based mental health model.

Author and renowned spiritual teacher Henri Nouwen writes in his book, Spirituality of fundraising, “Fundraising is a way of announcing our vision and inviting other people into our mission|”. Our vision is a just society in which communities uphold the dignity of vulnerable people, through the spirit of love and solidarity. Our mission is of strengthening community capacity to care for and empower vulnerable people in mutually transformative relationships. 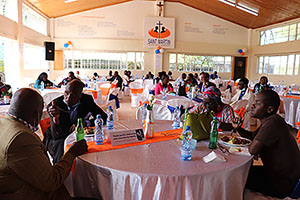 The 2020 fundraising campaign hanged treacherously on the balance. There were numerous factors that worked against holding a fundraising event. Cases of COVID 19 in Kenya were on the rise. As of this writing (December 17th), there were 92,853 reported COVID 19 cases and over 1614 deaths. Some of the measures put to control transmission include limiting travels and cancelling large gatherings. These are two important ingredients for the event.   Besides, many people had lost their source of income and businesses were closing down. Any prospects of local fundraising were dim. At the middle of the year, St. Martin CSA launched an emergency relief project to cushion poor and vulnerable households against the social and economic impact of COVID 19. It was therefore almost unfathomable to think of raising funds from the same community.

The mental health fundraising committee, unbowed by the prevailing context, decided against all the odds to keep their commitment and continue with the planning of the event. In the words of Henri Nouwen, the committee saw fundraising as spiritual work and approached it confidently, very aware of the challenges ahead. They believed that even if the financial outcome will be like a drop of water in the ocean,   they will deepen connections with other people and create “banks” of social capital around mental illnesses. They settled on a fundraising luncheon on 5th December 2020!

The journey to the luncheon was bumpy and challenging but the steering team’s love, willpower and commitment surmounted them all. They were convinced that people with mental illnesses needed them more than ever. Like in all pandemics and disasters, poor and vulnerable people are affected most deepening their vulnerability. Numerous activities were organized as runner up to the luncheon including a sale of raffle tickets, awareness-raising on mental health, mobilisation of individuals and businesses and a media campaign. This campaign became a powerhouse for sharing in the midst of the social, health and economic challenges due to COVID-19. 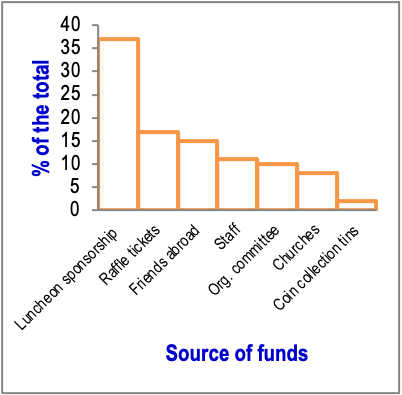 Ultimately the staff raised awareness on mental health in 60 church communities! Over 30 people with mental illnesses were identified in the process. Many individuals and groups participated in the fundraising before and during the luncheon by providing items for the raffle (motorbike, mobile phone, complete cooking gas-“meko”, a goat, different vouchers and other assorted items) buying raffle tickets, sending money to mental health paybill number and participating in the luncheon.  Everything was done in strict adherence of COVID 19 protocols.

In the end, at the time of writing this article, the campaign had raised Ksh. 3,133,629. Ksh. 2,462,629 in cash and 671000 in pledges. The intangible benefits to the organisation, the organizing committee and the community is yet to be documented. The organizing committee taught us invaluable lessons and confirmed central points of our philosophy of work like volunteerism and believing in the potentials of the people.

“Never underestimate the power of a small group of committed people to change the world. In fact, it is the only thing that ever has.”