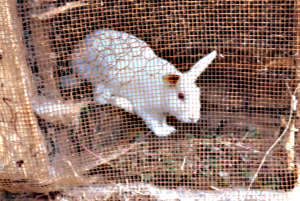 Jane (not her real name) was the child of a minor mother. Her father rejected her and over time became more and more violent to the mother. So the overwhelmed young mother placed her child with her mother. So Jane grew up with her grandmother, who was very strict with the girl. She controlled every step and decided on which relatives or friends Jane could meed. The most hurtful were the words:  She kept telling Jane that she would be useless when she grew up, like her mother. And the young girl believed her.

After some time, Jane's mother married again and brought her daughter into her new family. Now Jane had two siblings and could go to school regularly. Jane was happy. But her step-father did not accept her. He regarded the girl as not being a part of his family. When he brought home gifts, they were only for his two children, never for Jane.

Jane grew more and more desperate and started thinking about ending her life. In class 7, she tried to commit suicide by jumping into a well. Luckily, she was restrained from doing it. The case was brought to the area chief, and he referred Jane to St. Martin CSA. There, Jane was admitted to the St. Rose Rescue Centre for Girls, and the staff of the Community Programme for Children in Need started to work with her.

Soon after Jane's admission, they remarked that the rabbits that the centre kept were starting to die, one every day. They realized that Jane was behind it. So the staff took her to a psychiatrist who diagnosed severe depression and put her on medication.

In the centre, Jane received counselling, and her journey to recovery started. She learned that it is normal for a child to play with other children, miss her mother, and even make mistakes. And that she had a future that she could form herself. Today, Jane says: "What I have learnt is that a child who grows up in an abusive home doesn't have choices. I was told how to behave, which relative to relate with, who could be my friend, and what I was going to be when I grew up. I needed help to understand my own situation. The most important thing that happened to me was that my teacher at St. Martin made it clear that I have control over my life. That it would be my choice to be reunified with my mother. I now live with my mother, who loves me and accepts me as I am. For children out there going through what I went through, there is a way out."